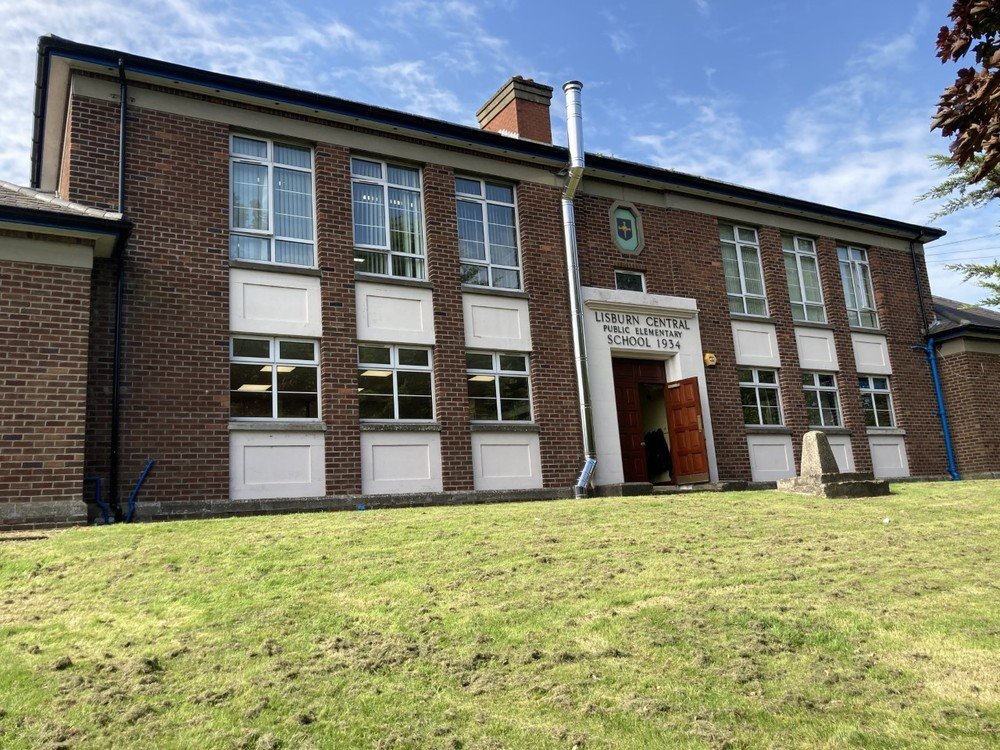 Lisburn Central is a controlled primary school under the authority of the NI Education Authority South Eastern Region. The school, which is situated on a large, attractive site off the Hillsborough Road close to the centre of Lisburn, was opened in 1934 as a public elementary school for children between the ages of five and fourteen. As it was one of only three or four schools in Lisburn at the time, in the early years there were well over 600 pupils in just thirteen classrooms - an average of 46 per class!!!

(That is more than double today’s teacher/pupil ratio). Over the years, the school has experienced many changes as a result of government education policies and due to the nature of the growth and development of Lisburn. In more recent times, several extensions have been added and much refurbishment work has been undertaken. Today there is an enrolment of some 190 children of primary school age (4 to 11 years old) together with 26 full-time pupils (aged 3 to 4) in an integral Nursery Unit.
The current staffing for the primary sector of the school is a Principal and 10 classroom teachers, giving an average class size of approximately 22 pupils. One additional part-time teacher caters for children with special needs in Literacy. The school also has a nursery teacher and assistant as well as six classroom assistants catering for Primary 1 and 2 and children with SEN.